The weather in Bowling Green Kentucky, our current location:

After leaving Bowling Green, we stopped at Columbus Indiana for one night then we took a longish drive to Monroe Michigan, where we stayed at Harbortown RV Resort. We wanted to cross at Port Huron on a weekday as opposed to a weekend, it turned out to be a good plan as there were more entry posts open at customs then there were cars waiting!.Back at home, it's cold, we had some snow overnight (this is being written on Saturday) and today's job is to winterize the camper before the below freezing temperatures appear.

We got into the KOA yesterday and we enjoyed some good sunshine, today it has been overcast and raining. Kasey is having a good time in the enclosed dog run area and Al took in the National Corvette Museum. This museum is located close to the Corvette assembly plant here in town and it has a great display of all vintages of Corvettes including a half dozen new vehicles in the lobby that appear to be rotated through the museum by GM. There are a number of vintage prototypes as well as former auto show exhibits that detail the construction of this amazing vehicle. There is even a Corvette that had been crash tested (into a barrier at 35MPH) showing how the passenger compartment remained intact. Also impressive were a number of engineering vehicles that had been tested in Nurburgring in Germany (all new Corvettes are tested there before going into production).Instead of taking a lot of pictures, I purchased a couple of DVD's that show all model years and provide other information.One picture that I took was the one below, it was the personal vehicle of Zora Arkus Duntov, the "father" of the Corvette, it has some of his personal "tweaks" including aluminum wheels that made it onto production models a few years later. 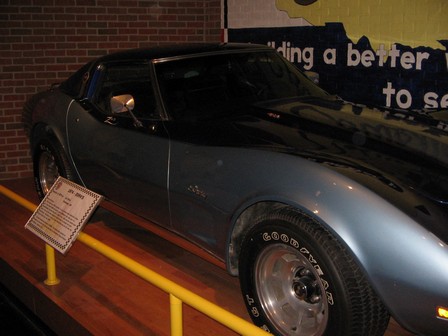 Unfortunately, plant tours are tough to schedule as the plant is working a 2 week on - two week off schedule because of slumping car sales, maybe I can get a tour in the fall if the situation improves.

We arrived here yesterday afternoon and have set up for a couple of nights. One of the reasons for the second night stay is that the weather for Bowling Green this morning calls for snow flurries and given the choice of parking in a KOA and staying here for an additional night (we have 50 amp service, sewer and water) is better from an aesthetic point of view.

As the afternoon progressed, we had our area of the campground to ourselves as the weekenders have left. 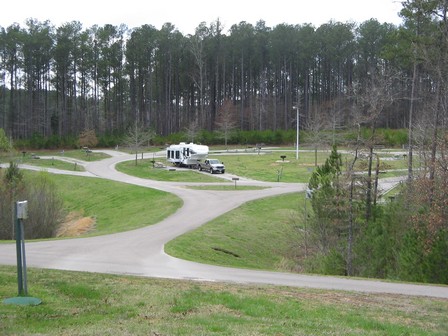 In the afternoon we took a couple of walks, at 50F it's still cool for our thin blood! 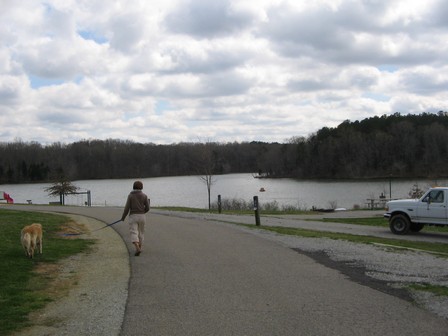 These folks are weekenders and they are having a BBQ before they depart. Our camper is in the other area of the park in the background: 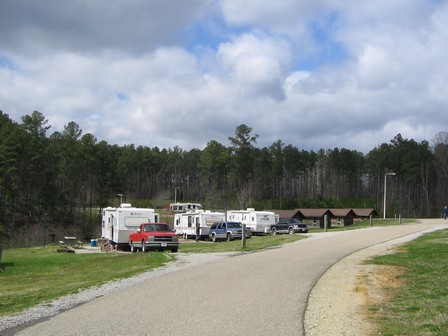 This camper just pulled into a site on the lake as we were walking around. 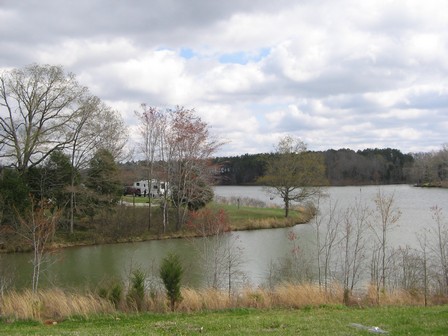 It's scheduled to be just above freezing tonight, I switched on the water heater trace equipment that the campground provides, just in case!

We got in today at around 1:00 pm. We spent Wednesday at De Gray lake SP in western Arkansas, we always have some issues staying there, this time the folks sent us to a campsite that we couldn't fit into (and the campground was a bit of a dump), after an hour of wasted time they put us into the site that we had in December, and as in December, it's in the trees so we couldn't get on-line. Next time, we will look for another park to stop at in western Arkansas.Today we moved to Village Creek, one of our favourites. We will stay here a couple of days and provision before heading into Tennessee.

Kasey looking around at our campsite: 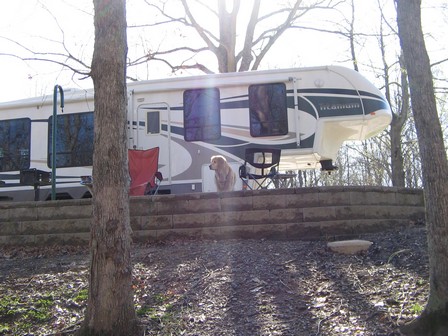 It's the March break here this week, so the campground is fairly full: 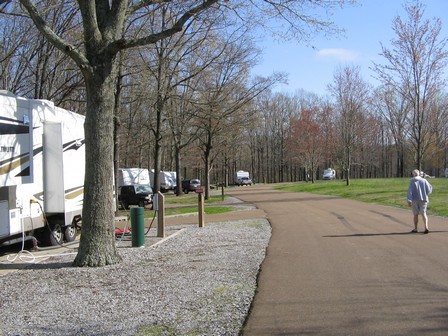 We got into this state park yesterday, we are spending a couple of days here waiting out the rainy weather and hoping that the crosswinds die down after the rain goes through.We have one camping area virtually to ourselves as the March break week is past, we are enjoying the quiet.

We went into the town of Pittsburgh to do some shopping and avoid the rain which fell most of the day. The town is a relatively wealthy one, the chicken processing company Pilgrims Pride is here, their facility and trucks are everywhere.During a break in the rain, I took a picture of the campsite, it's one of the better ones in the park: 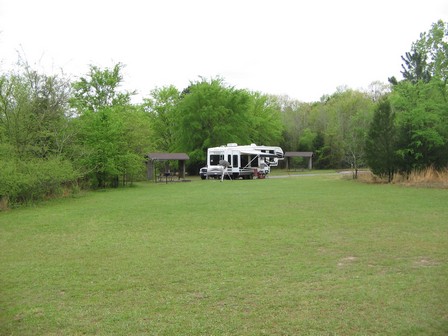 We arrived here after a short but tough drive from Abilene. The head/cross winds were blowing at about 40 MPH and pushing us around a bit. The park here had basically emptied out when we arrived, it's the last day of the March break for most kids in the area.They have done some good work since we were here before, the camp roads have been paved including the campsite pads. It's too bad we are staying only a night.

We probably will hit headwinds again tomorrow, we transit Dallas/Fort Worth

, we will spend a couple of days at Lake Bob Sandlin SP to relax before hitting Arkansas.

We are here for another one nighter, we head for Lake Mineral Wells tomorrow.

We will slow down and spend a few days In state parks in Arkansas next week.

Just a quick note to say that we got here yesterday afternoon, this morning we are packing and heading for Abilene. We are now on central time, so we lost another hour.Pictures! 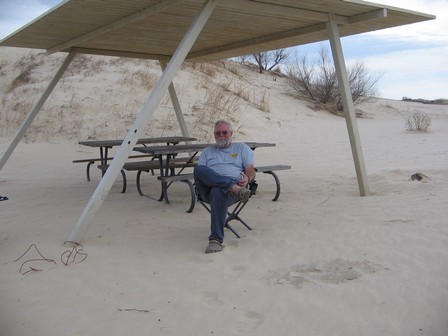 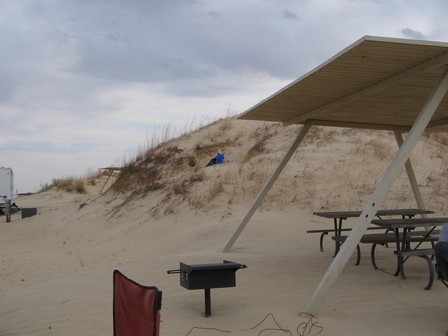 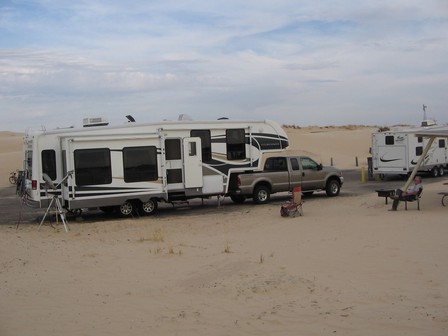 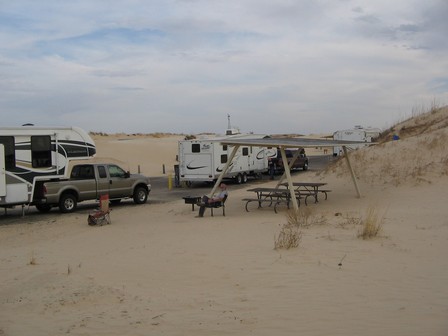 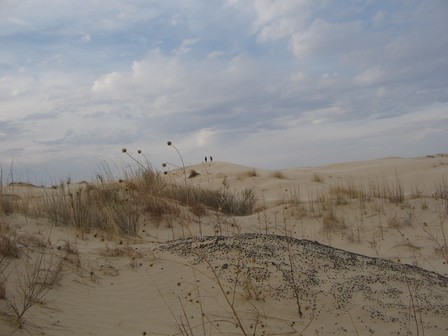 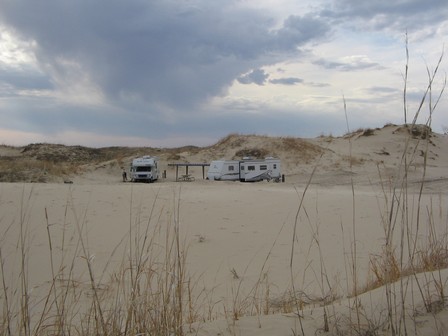 We arrived here about 1:00 pm today and have settled in for a couple of days. We plan to do some shopping in Carlsbad before we hit Texas.On teh way, we climbed from 3,800 ft. to 8,600 ft. in altitude to a place called Cloudcroft NM, where it was only 12C outside. We parked in Brantley Lake, the temp was 29C. It's all about altitude!Some pictures:

Cloudcroft is green, lots of grass and pine trees: 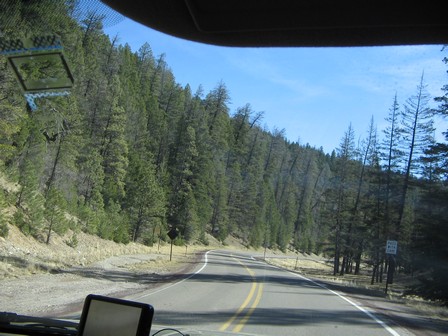 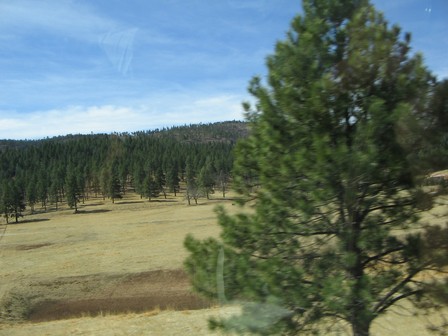 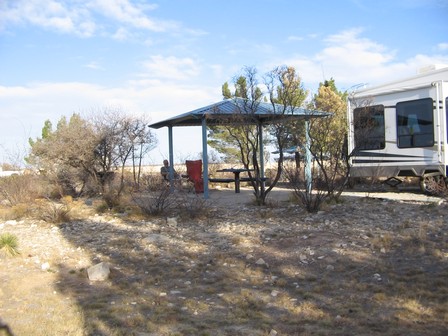 Brantley Lake in the distance: 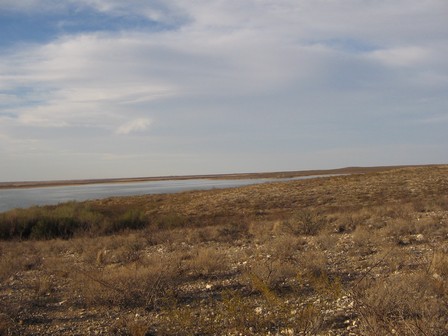 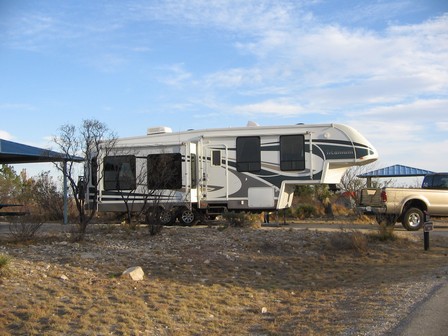 Can't resist a picture of the sunset: 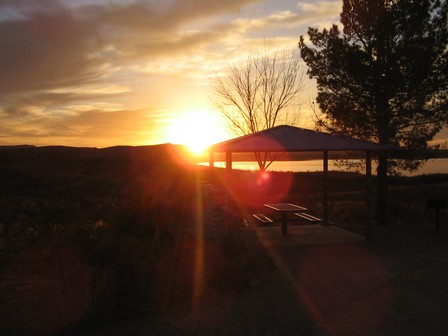 We got in today around 2 pm, we are still in the same time zone as Deming. Suzette has taken some pictures which will be posted later. Chile for supper tonight!


A couple of pictures:

Coming in from Deming, we passed White Sand missile range and the White Sands. Suzette caught this shot from the truck. 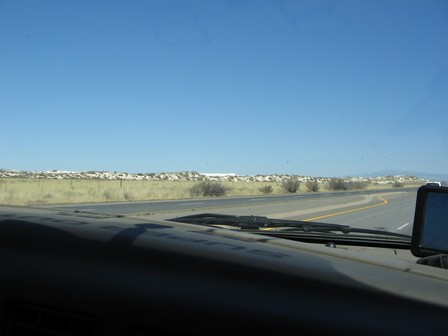 This picture does not do justice to the view, you can see for miles! 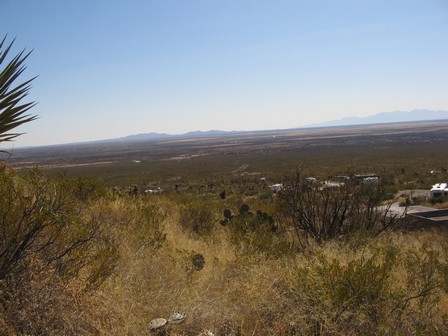 Another great shot by Suzette! 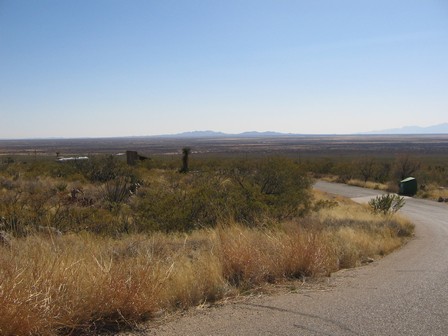 There are a bunch of beautiful cacti in the park: 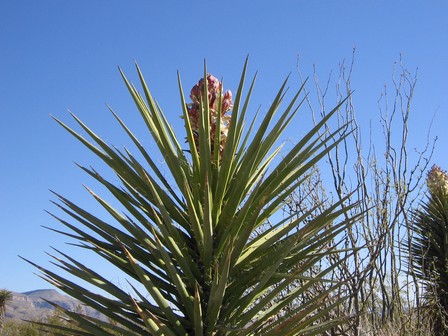 We have been here since Sunday, the park is full and a few campers are parked on the road into the park waiting for spaces to open up. The reason is a combination of snowbirds, March school break and a rock hound get together in the area. We got the last site in the group camping area, it's a bit tight but we have water and electricity so things aren't bad.Al took the opportunity to drop into Deming to visit Chuck Ramsey, chuck was very helpful in directing us to an Interstate battery dealer in town, the dealer load tested our two RV batteries and found them to be in "as-new" condition, so batteries and the charger/converter are not the problem with short battery life. Additional digging for phantom loads is required, this will be worked on.

Chuck and Al had a great lunch of burger (1/2 lb.!!) and fresh cut fries at a local restaurant, Al has been craving an American burger since we returned from Mexico. No dinner was required this evening as a result!. It was great to see Chuck again, we look forward to meeting him again somewhere during our travels next year.

We took a couple of pictures of the area:

This is the view from the group campground area looking down towards the mountains: 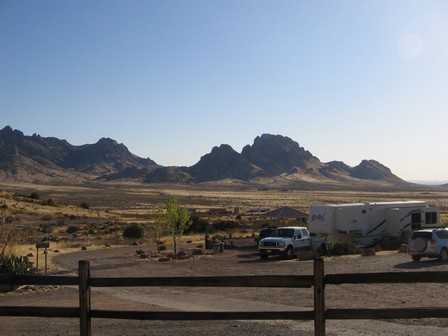 This is the group camping area, there are four of us camped, they have some nice picnic tables and BBQs: 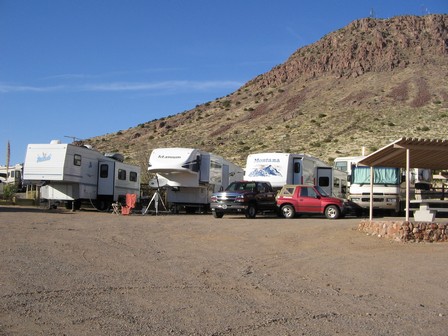 Tomorrow it's off to eastern New Mexico.

We dropped over to Roper for a night, it's March break here and the "return" season for us northerners so we ended up in the group overflow area with no services. To compound matters, our batteries are not working properly so we ran out of power overnight and had to connect up the truck to retract the slides and lift the landing gear. A new battery will be purchased in Deming.

A picture showing the overflow area: 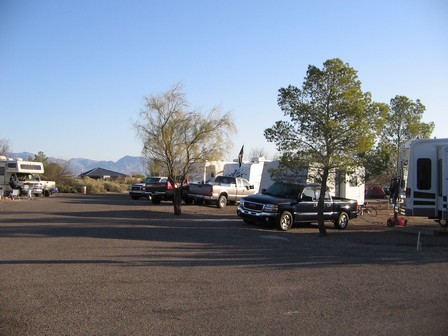